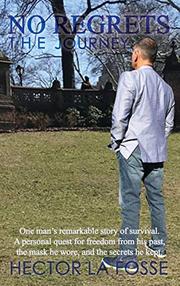 In this debut book, an ex-gangster recounts the supposed glamour of street life along with horrific lessons learned in prison and disturbing secrets.

Pepe Santos was born in East New York City to a large Puerto Rican family, growing up on the streets of Brooklyn with seven siblings in the 1960s. Living on welfare and community center peanut butter and cheese; dealing with an abusive, unemployed, and alcoholic father; and refusing to tolerate school, he realized that a life hustling on the streets was a distinct possibility. But after being molested by a friend’s older brother, he discovered a darkness forming within him. What followed was the transformation of a glue-sniffing, shoplifting punk into a brutal, drug-addicted gangbanger, leaving in his wake a series of broken relationships with needy women, family members, and even his two sons. A harrowing flashback to his molestation during an attempted rape in his first stint in “Gladiator School”—aka Rikers Island—led him to a long and violent conflict with a well-connected Dominican drug dealer. But after getting out of New York, finding a good role model and a lover to hang onto, and making friends with law enforcement personnel, Santos gained a chance for introspection and redemption. LaFosse’s book reveals its biggest truth right off—that the author is Santos, once a criminal and now a mentor, counselor, and bounty hunter. Few memoirs are as bluntly candid as this one, in which the author recalls shootouts and prison life in a manner not for the fainthearted while admitting to weaponizing sex, using women, and taking drugs. The volume is incredibly dense, with something new and often tragic occurring on almost every page. Time periods are marked by trends such as graffiti art or disco, and characters like the gay pusher Lollipop and the dancing hit man Mambo leap off the page. Touching moments, such as Santos’ heartbreaking goodbye to his dying father and the accidental death of a gang member during a brawl, could easily have been lost in such a glut of information yet the narrative manages to give them their necessary weight. Numerous photographs are included, many in color, further setting each scene.

An inspirational account about a man’s journey on a dark path with the bright light of redemption at its end.