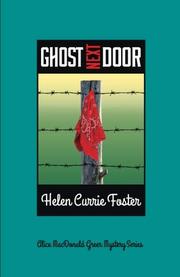 A Texas lawyer becomes embroiled in a case of murder, arson, and deceit in this fifth installment of a thriller series.

Attorney Alice MacDonald Greer is chairing the Rules Committee at the First Annual Coffee Creek Barbecue Competition. She’s anticipating the occasional complaint but certainly not the body she stumbles on. The murder victim is John Pine, a food writer who had made a few enemies, including two renowned chefs acting as guest judges for the competition. Unfortunately, locals suspect Alice’s friend M.A. Ellison of the homicide, as she has an unmistakable link to the murder weapon. This gives Alice incentive to identify the real killer, but she already has her hands full. She has lost at least some business, likely due to the influence of Coffee Creek banker Clay Black. He thinks Alice is supporting her pal Red Griffin, a CPA who’s running against Clay in the election for the electric co-op board. Alice is also representing Clay’s estranged nephew, Caswell Bond, who just closed on a ranch that the banker had been interested in purchasing. This is the same property with a house that someone later decides to torch, and soon Alice is looking for a murderer and an arsonist—quite possibly the same person. Foster’s (Ghost Dagger, 2017, etc.) recurring protagonist deftly handles multiple tasks and hurdles. Not only is she running her law practice and tracking down criminals, she also finds herself in peril, as when someone shoots at her. The progressively complicated—though never convoluted—story ultimately includes drones and espionage. While who’s behind most or all of these activities isn’t particularly surprising, watching Alice piece together the puzzle is riveting, as the tale showcases her sharp reasoning. Alice and her friends are often refreshingly blunt, prompting the book’s crisp dialogue. For example, Red, who may be regretting her bid for the co-op board, informs Alice: “If ever again I tell you I want to run for anything, dogcatcher, whatever, just shoot me.”

A sufficient mystery elevated by a pragmatic and able heroine.