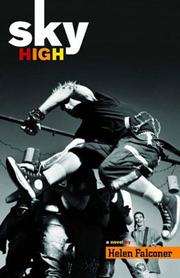 Grownups hunting for younger sex partners cause a whole lot of confusion for one London teenager, victim of a triple whammy in this episodic second novel.

The family began to unravel for narrator Ferdia when his dad, a handsome actor terrified of turning 40, decamped to shack up with a minor-league, 24-year-old pop star. As the story opens, Ferdia gets more bad news: his mother has started sleeping with 22-year-old Jason Peckham, a member of the most thuggish family in the nearby projects. Mum is thrilled she can still reel ’em in, but Ferdia must endure the taunts of Jason’s cousin Gary, an attack dog at their rotten high school. Not feeling comfortable around either parent, Ferdia hangs out with best friend Matt, who lives with his alcoholic mother in a grim high-rise. Matt vents his rage against “breadheads” and “ground-dwellers” (the effete rich) in anarchic lyrics; he has formed a band, but only wants to play for his downtrodden mates. Enter Ferdia’s new English teacher, attractive 33-year-old Cassandra. In no time she initiates sex with her gorgeous student, a wild tumble in a filthy junkyard to which they will often return. It’s the first time for Ferdia (“blowing me sky high”), and teacher continues to call the shots. One minute an idealistic mentor, the next a self-destructive predator, then a mentor again, the superficially drawn Cassandra throws the novel out of whack. Ferdia abandons Matt and the band for her, but eventually the paparazzi discover their junkyard hideaway, and the tabloids allege Cassandra has a history of seducing her students. Before this can be sorted out, another crisis erupts: Matt, who has completely flipped, is threatening to jump from his sky-high flat, and Cassandra is forgotten.

A disappointing successor to Falconer’s notable debut, Primrose Hill (2001). She overdoes the grunge, then fumbles Ferdia’s coming-of-age in the too-hurried final sequences.