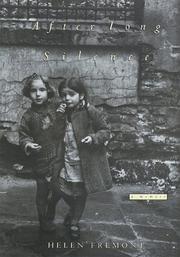 A deeply moving family memoir largely about the author’s parents, Holocaust survivors who, like Madeleine Albright’s parents, passed as European refugees to America and brought up their children as largely unpracticing Christians—Catholics, in this case. Fremont’s is in part the tale of two pairs of sisters: first, her aunt’s and her mother’s desperate attempts to survive the Holocaust in part by passing as Catholic Ukrainians, in part by intermarrying (to an Italian count in her aunt’s case) or converting and finally by a kind of willed amnesia in their postwar homes, in America and Italy. Secondly, there is the account of the extensive and successful detective work undertaken by Fremont and her sister to uncover the hidden past. She also explores the more difficult efforts to pierce her mother’s and aunt’s resistance to looking at the unspeakable horrors they had experienced. Equally graphic and moving is the parallel account of Fremont’s father, who miraculously survived six particularly brutal and harrowing years in the Siberian Gulag during and after the Holocaust. Finally, she writes about how her parents’ penchant for silence and secrecy lent an undertone of sadness and unreality to their and their daughters’ otherwise normal and happy lives in the US. In unearthing and reimagining her family’s history, in part through the testimony of her parents’ relatives and friends, in part through historical documents, Fremont describes herself as feeling “like an archeologist dusting layers of sand from ancient rooms.” She has a disconcerting tendency sometimes to veer too abruptly between the past and the present, though this also is understandable, for her memoir concerns how family secrets affect and distort individual lives and family dynamics. But Fremont is an immensely gifted writer who has vividly reconstructed a sensitive and memorable family saga of terror, hiding, and passing, as well as of personal imperatives over two generations around both casting off and confronting the past. (Author tour; radio satellite tour)