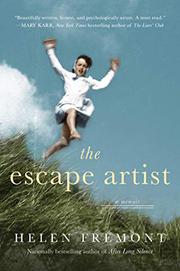 Fremont (After Long Silence, 1999) continues—and alters—her story of how memories of the Holocaust affected her family.

At the age of 44, the author learned that her father had disowned her, declaring her “predeceased”—or dead in his eyes—in his will. It was his final insult: Her parents had stopped speaking to her after she’d published After Long Silence, which exposed them as Jewish Holocaust survivors who had posed as Catholics in Europe and America in order to hide multilayered secrets. Here, Fremont delves further into her tortured family dynamics and shows how the rift developed. One thread centers on her life after her harrowing childhood: her education at Wellesley and Boston University, the loss of her virginity to a college boyfriend before accepting her lesbianism, her stint with the Peace Corps in Lesotho, and her decades of work as a lawyer in Boston. Another strand involves her fraught relationship with her sister, Lara, and how their difficulties relate to their father, a doctor embittered after years in the Siberian gulag; and their mother, deeply enmeshed with her own sister, Zosia, who had married an Italian count and stayed in Rome to raise a child. Fremont tells these stories with novelistic flair, ending with a surprising theory about why her parents hid their Judaism. Yet she often appears insensitive to the serious problems she says Lara once faced, including suicidal depression. “The whole point of suicide, I thought, was to succeed at it,” she writes. “My sister’s completion rate was pathetic.” Key facts also differ from those in her earlier work. After Long Silence says, for example, that the author grew up “in a small city in the Midwest” while she writes here that she grew up in “upstate New York,” changes Fremont says she made for “consistency” in the new book but that muddy its narrative waters. The discrepancies may not bother readers seeking psychological insights rather than factual accuracy, but others will wonder if this book should have been labeled a fictionalized autobiography rather than a memoir.

A vivid sequel that strains credulity.