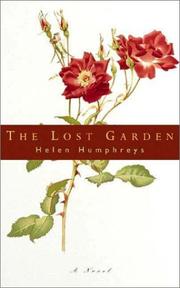 A slight, chiseled story about a lonely horticulturalist who plants a garden for the Women’s Land Army during WWII.

Following Charlotte Brontë’s lead in Humphreys’s last novel (Afterimage, 2001), Virginia Woolf now takes the role of literary touchstone. Gwen Davis keeps writing letters she doesn’t mail to Woolf, whose lonely figure she once followed down a London street. At 35, Gwen is a sad case of isolation who likes to sleep under a heavy open book to feel embraced. Having experienced minimal human affection, she loves London with an almost physical passion. Unable to bear its destruction under the bombing, she volunteers to plant potatoes for the war effort at an estate in Devon with a band of young recruits in the Land Army. She leaves the city and her job studying parsnips at the Royal Horticultural Society on the same day that Virginia Woolf’s suicide is discovered. Although she desperately wants to bond with her new community, once in Devon she behaves at first like a stereotypical spinster, overly rigid and controlling; her inability to bridge the gap between her yearning and her behavior can be heartbreaking. In particular, she turns an unnecessarily prim eye on the fraternization taking place between the girls and a battalion of Canadian soldiers also billeted on the estate. Then she finds and begins to tend a secret abandoned garden, the Garden of Longing. Gradually, Gwen relaxes within herself and makes her first real friend, the intense, anorexic (though the word is never used) Jane, whose fighter pilot fiancé is missing and who reads To the Lighthouse aloud to a lonely soldier while Gwen listens at the door. Gwen also finds herself attracted to the battalion’s handsome, quietly alcoholic Captain, who recites poetry and has suffered a deep loss of his own.

Images here—the girls’ chalk drawings on blackout curtains, the flowers in the secret garden—can be breathtaking, but such abundant literary artifice keeps the reader at bay.