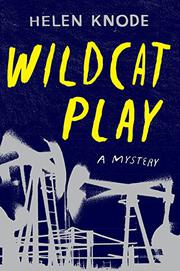 A film reviewer leaves Hollywood for the rough-and-tumble world of the San Joaquin Valley.

A bloody murder took its toll on Ann Whitehead in body and in spirit (The Ticket Out, 2003). So she holes up in the tiny desert town of Wilson with her grandfather’s friend Joe Balch, who saved Wilson from near extinction when his wildcat oil well came in, bringing good jobs with Balch Oil to the isolated region northeast of Los Angeles. Now in his 70s, Joe is wildcatting for gas on a lease just north of his spacious home. When Ann begs him for a job on his rig, Joe agrees to let her “roughneck,” cleaning the “doghouse,” a steel-sided room next to the rig floor, where Emmet, the “toolpusher,” directs the drilling operation. Emmet has two rules for Ann: work hard, and “no vamping my boys.” Most of the boys take to the rookie rig hand, teasing her and calling her “Pup.” Like Emmet, they’re transplanted Okies, and they share their boss’ strict work ethic. But Kenny Mills, a local, is a different story. A loner strung out on meth, he’s an accident waiting to happen. And sure enough, one night when the rig is socked in by tule fog, someone drops a hammer from the tower, stopping Kenny’s clock for good. Ann suspects the accident was really murder. But was Kenny the intended target, or was the killer aiming for Richie, Emmet’s protégé? And was the purpose to kill, or to stop Balch from realizing his wildcat dream?

Knode’s second entry is complex both in plot and setting, equal parts mystery and primer in the art of drilling for oil.