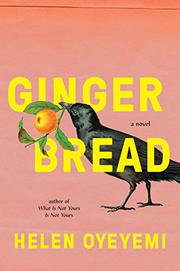 Oyeyemi (What Is Not Yours Is Not Yours, 2016, etc.) returns to the land of fairy tales in a novel that riffs on "Hansel and Gretel" without demonstrating much concern for following its well-worn trail of breadcrumbs.

Harriet Lee bakes gingerbread that tastes "like eating revenge...with darts of heat, salt, spice, and sulfurous syrup, as if honey was measured out, set ablaze, and trickled through the dough along with the liquefied spoon." When Harriet isn't busy trying to woo the cliquish parents at her daughter's West London school with baked goods, she looks after teenage Perdita, corrects student essays, and comes up with bad puns for future courses. But when Perdita winds up in the hospital after an apparent suicide attempt, Harriet knows she finally owes her daughter the long-avoided truth about her origins. Like Scheherazade, Harriet weaves a long, strange tale about her own childhood, immigrating to London, and sexual encounters with the only two men who could be Perdita's father. "It was like looking at faces printed on banknotes—no, they were a pair of black pre-Raphaelite muses," Harriet reveals. As in her last novel, Boy, Snow, Bird (2014)—based loosely on "Snow White"—Oyeyemi takes the familiar contours of a children's tale and twists it into something completely new, unsettling, and uncanny. There are changelings, mysterious rich benefactors, a country that might not exist, corrupt, capitalist factory owners, and living dolls with forthright opinions. But where Boy, Snow, Bird explores the lifelong effects of abusive parenting on its narrator, this novel gives a loving but "shamelessly unsatisfactory" mother the chance to tell her side of the story. Readers familiar with Oyeyemi's work will not be surprised to learn that her latest plot sets off in one direction and immediately takes a hairpin curve in another (and another, and still another). The effect is heady, surreal, and disarming—you have to be willing to surrender to Oyeyemi's vision and the delicious twists and turns of her prose. Oyeyemi fans will likely be charmed. New readers will wonder what on Earth they've discovered.

A strange, shape-shifting novel about the power of making your own family.