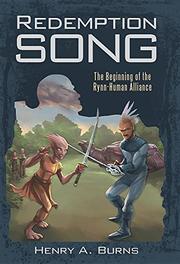 The Beginning of the Rynn-Human Alliance
by Henry A. Burns
BUY NOW FROM
AMAZON
BARNES & NOBLE
LOCAL BOOKSELLER
GET WEEKLY BOOK RECOMMENDATIONS:

In Burns’ debut sci-fi tale, the bond between a human and an alien begets a shaky intergalactic alliance, precipitating acclimation for some and resistance from others.

Eighty-two-year-old widower Jeremy Blunt, with a failing heart, is awaiting his life’s end in California. He helps a bound figure, whom someone dumped from an unfamiliar hovering craft. She’s Small Snow Flower of the birdlike Rynn beings, but Jeremy, unable to pronounce her name in the chirping alien language, calls her Kasumi. She adopts the name, and the two converse thanks to Kasumi’s Torque, a multipurpose device worn around the neck. She plans to regain her ship, lost to mutiny, and kung fu grand master Jeremy agrees to train her with help from granddaughter Mel. In exchange, Kasumi takes Mel, now her core sister (wife, essentially), back to her home planet, Nest. The two return to Earth later with others on a trade mission—the Rynn have technology and a miracle drug to offer. Some Americans fiercely reject the aliens, leading the U.S. to split into feuding coalitions. But there are worse extraterrestrials, like the Polig-Grug, which consider Rynn—and most likely humans, too—a food source. Burns jam-packs so much into this story that it’s virtually a series. Provocative themes abound. A Rynn core, similar to relationships in Octavia Butler’s Xenogenesis trilogy, comprises at least three lovers of varying male/female combinations. The newly formed Christian States of America reintroduces slavery. There’s likewise an overt but welcome message of acceptance. For example, altruistic human Jeremy, through Kasumi’s eyes, is strange at first and possibly dangerous, but characters throughout learn that not all unknown souls are enemies. The plot’s breakneck pace may be too fast; potentially-inciting bits are expedited, like Kasumi and Mel’s relationship, while others are bypassed altogether (disappointingly, there are no scenes on Nest). Regardless, readers will surely look forward to more interplanetary interactions in probable sequels.

Skimps on nuance in favor of plot density, but it’s a perceptive, gratifying saga.