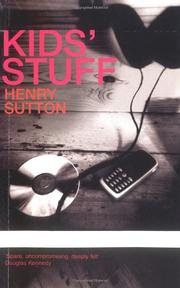 A self-absorbed petty thief's life is turned upside down when he is reunited with his estranged 13-year-old daughter.

Although Mark has his complaints (not enough sex from his hot blonde wife, too few jobs in carpentry), his life in Norwich, England, with Nicole and their young daughter is peaceful. When his ex-girlfriend Kim calls to say he needs to see his 13-year-old daughter Lily, this peace is shattered. A decade earlier, Kim disappeared, taking three-year-old Lily with her. Mark hasn’t seen or heard from the pair since—nor has he given them much thought. Now, the memories come crashing back: the violent fights he and Kim engaged in; the funny-looking child they used to mock, calling her a “garden gnome”; the rampant indiscretions. When Mark finally meets Lily, after convincing himself he is ready to be her dad again, she is a thin, angry child who wears skimpy clothes and talks of sexual abuse at her mother's boyfriends' hands. Her bitterness sparks Mark's temper, causing him to verbally lash out at the child, at Kim—at one point surmising that maybe he didn't hit her hard enough when they argued—and at Nicole, whom he suspects of infidelity. Still, he remains drawn to the girl and tries clumsily to become her friend. Her willful rages and sarcasm remind him of his own childhood, shattered by his parents' divorce. Mark and Nicole take Lily in at Christmas, but her lying, thieving and drinking fray their nerves, and soon thereafter, her mother packs her off to an institution for disturbed children. In a crushing, grim climax, Mark sets off to rescue her.