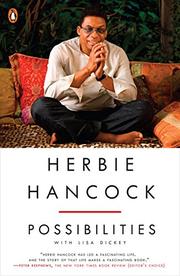 by Herbie Hancock with Lisa Dickey

One of the most innovative and admired jazz musicians of his generation reminisces about his career.

Born in 1940, Hancock grew up in South Side Chicago, the second son of Southerners who came North during the Depression. His parents were of modest means, but when he began playing a neighbor’s piano, they bought a secondhand instrument for him. He quickly showed talent, winning a competition to play a Mozart concerto with the Chicago Symphony at age 11. In high school, Hancock began to play jazz, copying records of the popular pianists of the day. He went to Grinnell College to study engineering; music was too precarious a trade. But after nearly flunking out, he switched to music. A couple of years later, he was gigging in Chicago. Trumpeter Donald Byrd took Hancock under his wing and brought him to New York as a member of his band. Opportunities followed: record sessions, steady work with other bands and a hit record. But the big break was a call from Miles Davis, whose quintet Hancock joined in 1963. This historic band, with Wayne Shorter on sax and Tony Williams on drums, stayed together for five years, and Hancock’s stories of those years are the best in the book. Along the way, he married, traveled the world and began to play electric piano—the first step into a new musical world. After leaving Davis, he began to explore funk, fusion and even hip-hop. He began writing film music, eventually moving to Los Angeles. He also discovered Buddhism, which became a major source of inspiration. Major awards marked his later years, which on the whole highlight a tale of success and fulfillment. The only real low point is an involvement with crack cocaine, which he admits to for the first time in these pages.

A warm, inspiring book by a man who seems to have little ego despite a career spent near the peak of his art. Recommended reading for jazz aficionados.