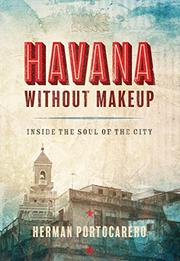 Inside the Soul of the City

The EU Ambassador to Cuba pens a temperate love letter to Havana.

Portocarero (All Demons’ Day: The Havana Pirate Manuscript, 2008, etc.), who has published extensively in Europe, tells us that he is not offering an academic but a personal history: “a rambling walkabout,” he calls it. And so it is. In nearly 90 small subsections, the author takes us to various neighborhoods, monuments, ruins, and street festivals; introduces us to artists; and briefly discusses a wide range of subjects, from religion to Hemingway to revolution to the Bay of Pigs to papal visits and to the recent historic return of the U.S. in the person of President Barack Obama, of whom Portocarero is clearly a fan. Some of the author’s topics are what readers will expect, but there are others that will no doubt surprise—e.g., the increasing Muslim presence, a classical ballet company, the history of slavery, the rise of soccer popularity in a country long noted for its baseball-mania, and the death penalty, which has been outlawed since 2005. (Oddly, Portocarero does not discuss the health care system.) The author also makes continual note of the carnal aspects of Cuban life, from decades ago to the present. He admits that many people associate such things with Havana, and he finds them appealing himself. He repeatedly laments the sad state of the historical buildings and homes in and around the city, and he believes many are beyond repair. Refreshingly, the author is not afraid to mention things he does not admire—the limited freedoms, the government-controlled press, the economic models the country embraces—but he remains an ardent advocate for a city electrified with life and passion.

Havana emerges as a city like no other: a place where humans, in many ways, are at their most vibrantly human.