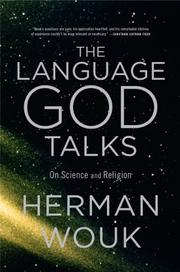 On Science and Religion

Pulitzer Prize–winning novelist Wouk (A Hole in Texas, 2004, etc.) tackles calculus, the Talmud and cranky, cantankerous physicists in a poignant examination of science and religion.

In a crowded book market filled with self-serving and redundant theories about humankind’s place in the grand scheme, it is rare to encounter an original, honest, charming voice. Such is the case with Wouk’s latest work. The author’s journey began with an innocent but daunting challenge from the great Cal Tech physicist Richard Feynman, who, during one of their discussions of quantum mechanics, asked Wouk if he knew calculus. Wouk admitted that he did not. “You had better learn it,” Feynman replied. “It’s the language God talks.” What followed was an earnest search to master said language in an effort to grapple with the all-to-human desire to better understand existence. During his search, Wouk discovered that God is in fact bilingual. His second language is one the author, and other mere mortals who flunked calculus, have more than a passing knowledge of—the language of faith. Be it Judaism, Christianity or any other religion, Wouk demonstrates that the divide between science and religion can be crossed, and one doesn’t need a Nobel Prize to do it. However, there are no guarantees that you will find answers once you cross the chasm. To say that it’s the journey and not the destination that matters would be to understate the profound respect and awe the author shows for all those engaged in the search for life’s big answers, whichever language they speak. Wouk’s humility, humor and insight make the book a joy to read and a wonder to contemplate. What the book lacks in pages, it makes up for in soul.