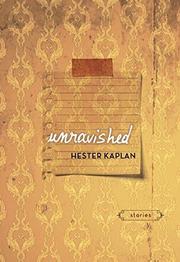 Relationships—flawed, ruptured, secret, evolving—are sifted and scrutinized in this latest collection from Kaplan (The Tell, 2013, etc.).

Several of the eight stories collected here are set in the author's hometown of Providence, Rhode Island. The first story (and title tale) sets the tone with an economical portrait of the crises in Alice’s 10-year marriage to a man who is “proud, boastful, know-it-all, sometimes a bully” and who is enraging their community with plans to build a waterfront home that will destroy the classic vista from a revered artist’s historic homestead. Alice’s compromised response is echoed in “The School of Politics,” where museum director Francine reconnects with the “criminal, thug, intimidator” she once dated and who is now the mayor of her city and on trial for corruption. Kaplan’s insights into the waxing and waning of marital arrangements have their quirky side. Hollis, who breaks a tooth at the start of “The Aerialist,” returns to his old, none-too-gentle dentist, whose daughter, a trapeze artist, helps unlock the tension in Hollis' latest relationship. In “Companion Animal,” a husband whose single instance of infidelity has exposed his hollow marriage moves into shabby new digs and begins to understand some of the relationship deals we make. Children often play a role as game-changer, like the pregnant stepdaughter in “Lovesick” who reveals the truth behind an infertile marriage. The final, longest story is a departure, following two unattuned colleagues at a deserted private school who reluctantly link up in the face of the apocalypse. This narrative also hinges on a child and secrets declared, but its departure into horror and mortality sits oddly with the more familiar domestic upheavals that have gone before.

Although the insights are sometimes too explicit, Kaplan’s stories confidently, capably explore the switchbacks of human interaction.