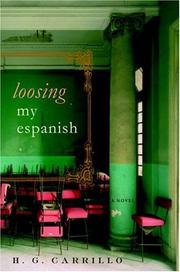 In a last-ditch effort to make an impression, or sum up his life, a high-school teacher of Cuban descent gives his class an unforgettable series of lessons.

Carrillo’s debut has an unsurprising tendency to shoot for the moon, or, missing that, to aim for Saturn or even farther out. His mouthpiece, Óscar Dellosantos, teaches at a Jesuit high school in Chicago. On the verge of being dismissed for an unknown infraction—there was some nasty graffiti about him in the boys’ room—Óscar decides to take his truculent class of mostly Cuban students on a movable feast that mixes his own rather rebellious take on their history lessons with an emotional account of his family’s lives in Cuba and America. To be sure, the author is more interested in Óscar’s personal history than in the incorrectly slanted view taken by the textbooks on Cuba and Cuban-American relations. And the personal history here is, indeed, a hyperbolic storm. A couple of crucial events are returned to time and again, like the occasion when Óscar’s relative Amá, always a bit flamboyant and now verging on Alzheimer’s, tried to burn down her own apartment, and also the time the Santiago boy fell through a hole in the ice. Little is ever completely explained in Óscar’s monologues, which loop around, ahead of, and back to his stories in a warm rush of funny, embittered Spanglish that combines the fatalism of the permanent outsider (Cubans being a minority even within Chicago’s Hispanic community) with the devil-may-care attitude of someone about to walk off a cliff. If a criticism had to be made, it’s that Carrillo lets the language—a powerful and passionate tool in his hands—overtake the story to the point of obscuring some more interesting details.

A straightforward narrative might not have been exciting, but it could have delivered a real epic instead of this fitfully insightful but ultimately hermetic tale.