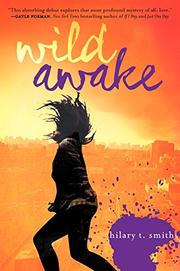 A young woman spirals into mania after hearing the truth about her sister’s death in this flawed but heady debut.

While her parents are on a six-week anniversary cruise, 17-year-old piano prodigy Kiri is responsible for watering the azaleas and practicing daily for the upcoming International Young Pianists’ Showcase. But when a stranger calls claiming to have information about her deceased sister, Kiri abandons her disciplined routines and sets out to discover the truth about Sukey, since “[w]hen she died, it was like my house burned down.” After learning Sukey was murdered, not killed in an accident as she had been led to believe, Kiri eschews sleep, takes drugs, goes on midnight bike rides, wins a battle of the bands and falls in love with a formerly paranoid-schizophrenic musician. Each questionable action brings her closer to closure over Sukey’s death, but will she survive the summer? Though the secondary characterizations are sometimes sketchy, and the plot has some holes (would Kiri’s strict parents really leave her alone for six weeks? Is Kiri suffering from delayed grief or true mania?), Smith’s exuberant use of language helps gloss over them. Similes such as “[t]he piano is like a sleek black submarine that carries me deep, deep down, until the surface world is nothing but a muffled shimmer” sing off every page.

Beautiful and energetic, if jumbled; Smith’s a writer to watch.