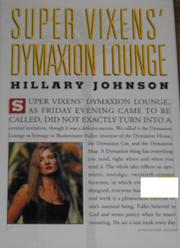 A collection of dark and clever essays from Buzz magazine's Johnson (Physical Culture, 1989) pumps up L.A. eccentricities with metaphors of the profound. The exotic particularities of life in L.A., often parodied, incorporated in movies, television shows, and sex-and-shopping fiction, are for Johnson the stuff of philosophy and metaphor. As she browses Rodeo Drive she notes that ``it's so easy to scoff at the whorish gilt and gewgaws . . . but I believe it's a seat of consciousness for the same reason that it's awful.'' She muses, as she looks for shoes at Gucci, that ``if Chanel is Bu§uel, Gucci is J.G. Ballard: as fresh as an eroticized car crash in an alternate but highly moral universe.'' Tori Spelling, she suggests, is, in her own way, an icon with as much current resonance as, say, Our Lady of Guadalupe. As part of her attempt to plumb the reality of life in L.A., Johnson touches on some truly outrÇ stuff, including a visit to a Malibu ranch used for shooting porn. And along with each adventure, she includes a meaningful description of her wardrobe and other life artifacts. At the ChÉteau Marmont to interview Esther Williams, she wears ``a fifties cerise cocktail dress with a floaty chiffon train.'' On her first day in L.A., feeling the need for some symbolic statement, she stops at a garage in the suburbs to change into a special flowered dress. The title refers back to Buckminster Fuller's concept of the dymaxion, a self-contained world in which everything that one needs for life is present in a kind of interdependent unity. For Johnson, Los Angeles has been her dymaxion, the place where she learned, she says, not so much to be happy as to be authentic. Johnson is a universe shaper, with a powerful mind careening slightly to self-parody, and a lot of attitude.