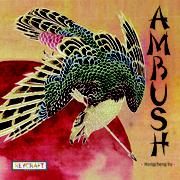 Approximately 2,000 years ago, China was divided into many warlord-led kingdoms after the fall of the Qin Empire. Two kingdoms emerged as formidable forces: the Chu Kingdom and the Han Kingdom. Years of fighting erupt when the Han Kingdom, ruled by Liu Bang, attacks. Xiang Yu, the Chu Kingdom’s ruler, furiously leads his troops against Liu Bang’s army, but the latter’s superior tactics exhaust the Chu forces. Numbers dwindle, and emotions are tested. In the face of the impending Han victory, Xiang Yu resolutely takes his last stand. The text is sparing with dates and specific locations, and readers will need to pursue other resources for historical context and timeline information. Yu, however, effectively presents a weighty account of the power struggle, particularly Xiang Yu’s “fearless[ness]” in defeat. Illustrations capture the intensity of battle strategy as double-page spreads engulf readers in the action. Faces and body language are expressive, and perspective and angle often highlight the emotional toll of battle. Yu’s illustrations appear to combine traditional paper-cutting techniques with watercolor and ink painting. Occasional elements, such as a crane and tree branches, break the confines of panels.

A visually striking and spirited but extremely brief look at the lead up to the Han dynasty.