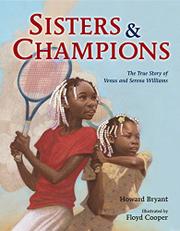 The True Story of Venus and Serena Williams

A look at how a father’s dream to develop his daughters into tennis champions changed the world of sports.

Richard Williams, father of African-American tennis players Venus and Serena, had to overcome ridicule and disbelief when he set out to mold his girls into star athletes. The family did what was necessary to help the girls improve, such as move from Compton to Florida so they could train. Even then, Richard Williams did things his way, bypassing the junior tournaments that others in their age range played. “People said Dad was hurting his girls. Dad said he had a plan, that they were a family and families always stick together.” Their unity helped them overcome the gossip, some of it negative, and they began to climb the rankings due to their hard work and relentless style. Eventually, Venus and Serena fulfilled their father’s belief and became the No. 1– and No. 2–ranked players in the world, the only time siblings have achieved such a feat. Author Bryant brings his considerable sportswriting experience to bear as he energetically shares one of sports’ truly remarkable stories with young readers. Cooper’s mixed-media paintings done with his reductive technique provide a strong sense of the Williams sisters’ image while serving as a forceful compliment. There is no backmatter with resources for readers who want to learn more about these powerful women who so dramatically changed tennis.

An effective narrative and visual way to share a piece of sports history.