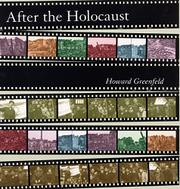 Personal stories of eight Jewish men and women—who, as children, survived the Holocaust—are the frame for a study of the hardships and bigotry they faced after liberation. In a style similar to his Hidden Children (1993), Greenfeld tells this story in chronological order, organizing his chapters into Liberation, After the Liberation, The DP Camps, and, finally, The Survivors: An Afterword. While each of these victims experienced detainment and liberation in different ways, their stories represent a sampling of thousands of lives. The first chapter introduces each: Ann Shore, born Hania Goldman, who was freed from a hiding place in a hayloft where she had spent two years, to Larry Rosenbach, who escaped a death march from Flossenburg to Dachau. Others include Judith Bihaly, one of the hidden children, forced to disguise her Jewishness even before the war. This detail becomes a significant theme throughout the narrative as Greenfeld reinforces the existence of overwhelming prejudice and discrimination that was a significant part of Jewish life before and after liberation. As a result, most of these children found themselves in situations almost as horrifying as their lives during the war. While the format makes these individual lives difficult to follow, the depictions of living behind fences in poorly equipped displaced-persons camps or being sent home, only to find a new family unwilling to budge, will chill the soul and leave a lasting impression. These children survived to tell their stories, but Greenfeld makes it abundantly clear how many did not and why. (Nonfiction. 11+)