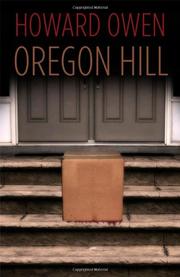 Willie Black is a reporter in Richmond, Va. Pugnacious and defiant, Black was once a star covering politics, and then he was captured by the bottle, messed up one too many times and found himself demoted to the nighttime police beat. He has three ex-wives, a daughter who tolerates him and bean-counter bosses cutting costs by laying off reporters. Then Willie happens to catch a late-night report about a body in a river, which is determined to be the decapitated corpse of a student at Virginia Commonwealth University, Isabel Ducharme. Diabolically, Isabel’s head has been shipped to her home in Boston. A suspect is quickly corralled, a sometime-student, sometime-deadbeat named Martin Fell who has a fondness for college girls. There’s a rapid confession. Willie thinks the story’s over, but then he gets a call from his latest ex-wife, now a lawyer, who wants him to meet with Fell’s mother and hear an alibi the police refuse to consider. Nearly all that happens is centered around Oregon Hill, a Richmond neighborhood, “a tight little inbred box” full of factory workers and laborers, fighters and drinkers. Owen’s characters are superbly realistic: Willie himself, sired by a light-skinned African-American musician; his white mother, rejected by family, who turned to serial boyfriends and marijuana; David Junior Shiflett, a police lieutenant whose father was killed in a barroom brawl; Valentine Chadwick IV, the elder Shiflett’s murderer; and Awesome Dude, once a student, now a brain-addled possible witness to Isabelle’s murder. Owen knows his setting, his dialogue is spot-on, and his grasp of the down-and-dirty work of the police and news reporters lends authenticity to the narrative. This is Southern literature as expected, with a touch of noir and with a touch of Dennis Lehane’s Mystic River.