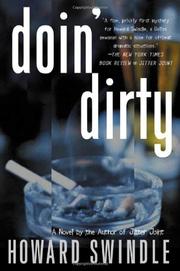 Not far from Dallas is the tiny town of Comanche Gap (pop. 3000), the deceptively quiet hub of Sul Rosa county. Jeb Quinlin, Dallas detective extraordinaire (Jitter Joint, 1998), was born and grew up there, shook off its dust as fast as he could, but now has to return. It all has to do with the powerful Colters, who, through the years, have bought virtually everything the area offers, including the local police force and a lot of the state’s most potent politicians. Now the Colters—venal, mean-spirited patriarch Clendon, and dutiful sons Buck and Wade, apples that have fallen millimeters from the tree—are once again up to no good. Usually, their malefaction merely involves the single-minded procuring of dollars, questions of legality or morality as irrelevant as fins on a fly. This time, however, it also involves murder. A young Dallas investigative reporter, nosing around a shady Colter land scheme, got an off-color whiff and thereby signed his death warrant. But the Colters have been careless, and Jeb thinks they may be vulnerable at last. Moreover, just when they’re about to mount a sweet, multimillion-dollar drug deal, a whistle-blower turns up in the family bosom. Rebecca Colter, Buck’s wife, fearing for the welfare of her son, spills what she knows to Jeb, who swiftly assembles an ad hoc group of dedicated Colter-haters. The trap is set and sprung, and in a slam-bang denouement the mighty Colters experience power failure.

A standard-issue payback plot, but, still, entertaining enough to land in the upper quadrant.