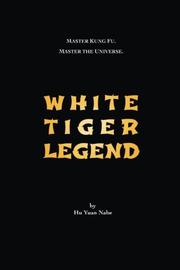 Set presumably in 12th-century China, an action-packed YA read about a young Shaolin monk named Zi who embarks on a harrowing journey of self-discovery after his temple and everything he ever knew are destroyed.

With the Gathering of the Ways quickly approaching, the entire population of the famed Shaolin Temple is frenetically preparing for the annual gathering of elite warriors from distant kingdoms who come together to test their abilities against the temple’s best kung fu practitioners. But when a cunning, morally bankrupt fighter known as the Red Dragon defeats the temple’s champion (who happens to be Zi’s older brother, Hu Yuan) and razes the temple in search of its mystical secrets, young Zi is forced to begin the Great Journey—essentially a treacherous quest of enlightenment that may ultimately reveal the greatest secret of the temple. On the quest, Zi meets and befriends a diversity of characters (like Bok Choi the grasshopper and a mysterious lady of the river named Auntie) who not only help the young Buddhist monk survive, but offer him wise advice as well. While the character of Zi is undeniably endearing, as is his insect sidekick, the story isn’t without minor flaws. The text is littered with grammatical errors (“Well stand down soldier. Watch how a ladies mantis goes about getting the goods son”), some of the fight scenes drag and become monotonous, and at points, the metaphysical nature of kung fu arguably goes too deep for the average reader (the sequence where the author connects chakras with the digestion of various foods, for example).

An action-stuffed chronicle of one boy’s journey to self-enlightenment and martial arts mastery with heavy existential and spiritual philosophical undertones.