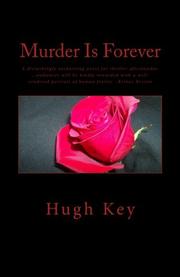 Key (Mrs. Simmons, His Mistress, Her Lover, & Murder 2012, etc.) offers a gripping new thriller that looks through the eyes of a ruthless, brutal serial killer.

Kimora Fox believes that she’s a wronged woman. After learning that her husband, Craig, has caught her in multiple affairs and now wants a divorce, she goes into a blind rage and “accidentally” kills him. As she cleans up her mess and sorts out the loose ends, Kimora finds herself feeling strangely empowered. She’s now willing to stand up to the many selfish, oversexed men who seem to surround her at every turn. But although she begins the story as a near-innocent, although quite sexual, antihero, she eventually becomes a serial killer known to Chicagoans as “Mr. Freeze,” as she follows a path of rationalization and self-delusion to arrive at her every murderous decision. Key expertly weaves together the storylines in his latest novel and demands readers’ full attention as he presents multiple sides of deadly situations. Although characters are often given to lengthy explanatory dialogue, the novel’s engaging action scenes and taut, emotional descriptions make up for these occasional slight missteps. Overall, Key seems to know his characters well, which is especially important when reassuring readers that a killer is, deep down, truly a human being. Some readers may find that the beginning of the novel seems a bit too drawn out, and although there are occasionally overzealous sex scenes and some obvious foreshadowing, patient audiences will be kindly rewarded with a well-rendered portrait of human frailty.