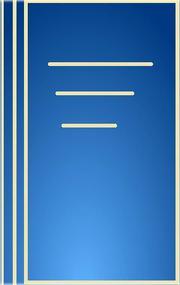 THE DEVIL WE KNEW

Americans and the Cold War

A sophisticated interpretation of America's involvement in the cold war that appears calculated to draw fire from the left as well as right. In assessing the conflict's origins and costs, Brands (History/Texas A&M) provides a wide-ranging survey of US foreign policy from Yalta through the Berlin Wall's collapse. Following WW II, he argues, perceived political imperatives on the home front induced US leaders to take a balance-of-power approach to global security. Positions soon hardened, with the result that containment doctrine dominated American strategies in Western Europe, Southeast Asia, the Middle East, and elsewhere. In time, Brands recounts, the US/USSR confrontation (which proved a bonanza for the military/industrial complex) acquired a life of its own—one that conceptual simplicity made acceptable, even soul-satisfying, to the domestic electorates. While stopping short of claiming that the Kremlin posed no threat (nuclear or otherwise) to the national interest, Brands concludes that American antagonism prolonged a deadlock that, he suggests, could have been resolved as early as Stalin's death in 1953, as well as at several subsequent junctures. But as the author makes clear, the superpowers managed to avoid direct face-offs (except in Cuba) in the course of their protracted hostilities. Nor does Brands ignore the irony of reactionary Republicans like Nixon and Reagan doing more for the cause of dÇtente than such liberal Democrats as JFK and LBJ, who felt obliged to take a hard line against Communist aggression. In his mildly contrarian reckoning of the Red menace's socioeconomic and geopolitical implications, moreover, Brands displays an impressive flair for vivid phrasing: ``The arena of American political debate during the early 1950s was slick with half-truths and smaller fractions''; ``during the autumn of 1989, history hopped a fast train West....'' A provocative audit of an adversarial world order whose passing, in retrospect at least, seems to have been long overdue.