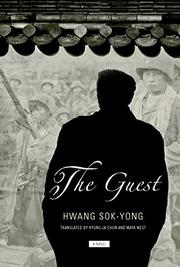 Full marks to translators Chun and West for deft work with Hwang’s excellent depiction of the vicious, nearly lunatic clash between Christians and communists in the period between the end of World War II, when the Japanese colonial masters were ousted, and the Korean War. Ryu Yosop is a Presbyterian minister in New York who, like his older brother Yohan, emigrated from Korea to America. Yohan, also a church officer, has been living alone, his sons off in western states, his wife dead. When Yohan himself dies, days after a prickly meeting with his younger brother, and just before a long-planned trip back to their ancestral village, Yosop makes the trip instead, taking with him some of Yohan’s cremated remains. Yosop does not travel alone. He is accompanied by his brother’s ghost and the ghost of a servant, representing sides in the horrifying battle for control of the country half a century ago. Hwang coolly presents the chaotic reality of the post-war period, revealing a story much different from that presented by the modern-day totalitarian government. A museum of horrors supposedly visited on a village by Americans, for example, is discovered to have been perpetrated by others. Further truths are exposed as Yosop is taken to meet the wife and son Yohan abandoned when he fled the country.

Requires patient reading, but the story, with its great insight into the region, is deeply rewarding.