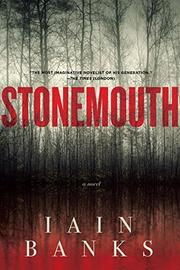 This novel considers the question of how to return home after a long absence, particularly when your ex-fiancee is the eldest daughter of a local crime boss.

Should we pity Stewart Gilmour, the creative, successful, suicidally stupid narrator of Banks’ novel? We first meet Stewart on a suspension bridge, a favorite for suicides, above the Firth of Stoun, just outside his hometown. Stewart is waiting for Powell Imrie, a former classmate and now chief heavy for the Murstons, a local crime family well-stocked with thick-necked sons ready to separate Stewart’s head from his neck. He is back for the funeral of Joe Murston, the family patriarch with whom he was friendly. Permission granted conditionally, with the funeral on Monday, Stewart falls in and down with his old crowd, and waits, with little dignity intact and a splinter of hope, to clap eyes on Ellie Murston, his ex and the love of his life. The novel flashes back on a childhood one hesitates to call idyllic, and Stewart’s reminisces are interrupted by thugs who, apparently, did not get or could not read the memo permitting him to visit unmolested. Bodie ‘Ferg’ Ferguson, the sort of friend one has if one does not need enemies, a bat-wingman, provides foulmouthed commentary and consumes quantities of the locally available anesthetics. Adept as an anesthesiologist, Banks adjusts the tension with short bursts of hilarity. Joe Murston is interred, the attendees repair to the Mearnside Hotel, the scene of Stewart’s ignominy, and while a conspiracy may have cost him his future back then, present dangers might prove just as lethal. Including science fiction he has published as Iain M. Banks, this is Banks’ (Surface Detail, 2011, etc.) 25th novel to appear in the States.

Contemporary, hilarious, gritty—yes, this is genre fiction, and no, the genre doesn’t get much better than this.