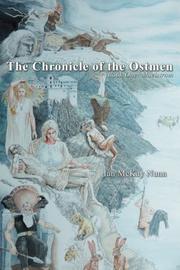 THE CHRONICLE OF THE OSTMEN

In this debut historical novel, a young nobleman becomes a captive of Vikings set to conquer British kingdoms in the late ninth century.

Mael MacConaill is the son of Lord Bran in the Irish town of Ard Mhacha. When the Danes, led by Viking lord Ímar, raid the town’s monastery, they initially take Mael to perform folk songs on his lute. But he remains their prisoner and ultimately becomes separated from his family and friends. He winds up on the ship the Red Wasp as part of Lord Sidroc’s band. Mael gradually learns the Danish tongue and even gains a friend in warrior Meintet. He also finds comrades after a raiding party in Wessex picks up a Saxon slave, Blythe, along with her 9-year-old daughter, Godiva. The Danes assign Mael the task of teaching Danish to Godiva and learning her Saxon language. Meanwhile, the Vikings continue to raid such kingdoms as Mercia and East Anglia. But Wessex and its king, Æthelred, seem the most resistant and may prove the Danes’ greatest challenge. While the battles rage, Mael must deal with Cuthbert, a boy whose unveiled animosity results in his recurrent bullying of both the lute player and Godiva. This epic series opener is brimming with vivid fictional and real-life characters. Nunn circumvents potential muddle by rigorously detailing players’ titles and relationships while concise descriptions throughout avoid any narrative lulls. Battles are aplenty but never graphic, and though the perspectives are largely those of savage Vikings, sympathetic Mael is the clear protagonist. He searches for his purpose among the Vikings, such as gathering materials or tending to the wounded. But as he’s not a warrior, Mael is noticeably absent from the action-packed final act, which leads to an ending that deftly sets up Book 2. The author’s accompanying illustrations are indelible, particularly landscape images that are, not surprisingly, packed with characters (some of these pictures are sadly split in two to accommodate the book’s standard size). Unfortunately, a host of errors distracts from the story, from missing letters or words (“Out on the sea, left to himself, Mael thought of the Briton boys who now hostages”) to improper punctuation, like an omitted period at the end of a sentence (“This wind will take you to a large river that flows from the heart of Mercia”).