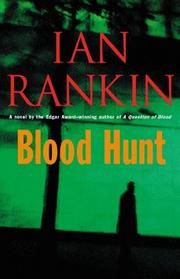 A stand-alone thriller from the British bestselling author.

Forsaking Edinburgh’s iconoclastic Inspector Rebus (Fleshmarket Alley, 2005, etc.), Rankin here offers up Gordon Reeve, ex-SAS soldier now operating a survival course for weekend warriors on Skivald, a small island off South Uist, Scotland. When he receives word that his brother Jim, a freelance journalist in California, has committed suicide, Gordon flies off to San Diego to claim his body. Despite the assurances of local cop Mike McCluskey that Jim did indeed kill himself, Gordon, relying on his SAS skills and instincts, decides that it was murder—a call that might explain why he’s soon being tailed, hassled and shot at when he follows up on Jim’s last assignment. Who or what was the Agrippa in Jim’s notes? The search for the answer will introduce Gordon to the chicanery of Jeffrey Allerdyce, of D.C.’s Alliance Investigation, and the global pesticide destruction sanctioned by Co-World Chemicals’ Mr. Kosigin, whose enforcer turns out to be Gordon’s Falklands campaign nemesis, the mercenary Jay. Crisscrossing the states and Europe, leaving a trail of bodies as he goes, Gordon winds up back on Skivald for a confrontation with ten men, then nine, then eight . . . until he exacts revenge on the one man who’s bedeviled him for years.

Rankin, who can outwrite most anybody in the business, drops one clue too many early on, but he’s so deft at maintaining a breakneck pace, so accomplished at conveying anger turned to fury and so gleeful in itemizing munitions that readers will zip right along as he swings from whodunit to international conspiracy plot to war-story retribution.