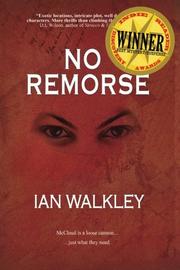 Delta Force operative Lee McCloud, aka Mac, finds himself in Mexico, trying to rescue two teenage girls kidnapped by a drug cartel. But things go from bad to worse when the villains don’t play by the rules. Framed for two murders he didn’t commit, Mac has two options: go to prison or go to work for a CIA black-op group run by the devious Wisebaum, who hacks into terrorists’ bank accounts and confiscates millions of dollars. However, there’s more going on than meets the eye; Saudi Prince Khalid is in possession of nuclear canisters, with which he hopes to alter world history. Khalid also dabbles in trafficking young women, and harvesting and selling human organs. When Wisebaum’s black-op team targets Khalid’s father, the action becomes even more intense. With so many interweaving subplots—kidnapped girls, Israeli undercover agents, nuclear weapons and a secret underwater hideout—it could be easy to lose track of what’s going on. But the author’s deft handling of the material ensures that doesn’t occur; subplots are introduced at the appropriate junctures and, by story’s end, all are accounted for and neatly concluded. Mac is portrayed as a rough and ready action-hero, yet his vulnerabilities will evoke empathy in readers. He finds a love interest in Tally, a hacker whose personality is just quirky enough to complement his own. All Walkley’s primary characters are fleshed out and realistic, with the exception of Wisebaum—a malicious, double-dealing, back-stabber of the worst ilk; the reader is left wondering about Wisebaum’s motivations behind such blatant treachery.

Despite this, Walkley’s beefy prose and rousing action sequences deliver a thriller to satisfy any adrenaline addict.