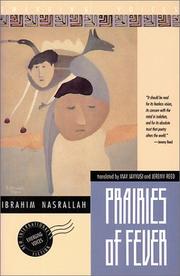 In a setting as menacing as any bad dream, Palestinian writer Nasrallah explores the nature of personal identity in a remote desert village. When five men arrive in the middle of the night to announce that, like all the teachers in the area, he'll have to pay for his burial expenses and being dead did not exempt him, the narrator is naturally startled. When he protests that he's not dead yet, that his heart is still beating, and when the visitors reply with one voice, ``That's no proof you're alive,'' he is even more alarmed. He notices then that the other bed in the room that he shares with a fellow teacher, who coincidentally (or not) also shares his name, is empty: His namesake has disappeared. This problem becomes more an existential dilemma of Who Am I? than a real search for a missing colleague. And as he tries to resolve it, the narrator, a schoolteacher sent on contract to this remote region of the Arabian peninsula, describes the villagers' narrow lives and their aversion to strangers. People disappear and the villagers don't seem to care—``...nobody asked about his absence. Was Ustadh Muhammad just a small insect who came and left without anyone noticing?'' It's a place where mosquitoes abound, wolves howl outside, and inside their stone rooms the villagers sit, ``lamps extinguished, realizing things would never change and that its parched wound would always lie open to the sky.'' It's a place where fevers of the body and the mind are rife. A flight into saving madness is perhaps inevitable in such a hellish place and situation. An accomplished first novel, almost poetic in its lyrically intense evocation of place, that limns skillfully the horrors of dissonance and disintegration in an unfamiliar setting.