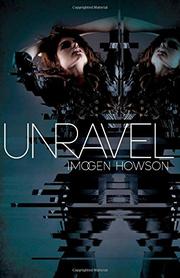 Elissa and Lin return to Sekoia to try to help out in the aftermath of the secrets they exposed in Linked (2013).

Sekoia’s economy has been devastated by the revelations about the Spares—psychic twins enslaved, tortured and brutally used as human spaceship batteries in the planet’s biggest industry, spaceflight—and subsequent legal declarations of their humanity. Now the lack of operable ships leaves the planet defenseless against unsavory space types. As Elissa and Lin have discovered that linked twins can safely run a ship together, they wish to bring this discovery back home to save their planet. But the world they return to is a much more dangerous place than it was—aside from rationing, martial law and violence, Spares and their twins are being targeted for abduction and even murder. The girls befriend other sets of twins before they are swept into poorly paced, confusing action sequences in which they’re pursued by hate groups and terrorists with vaguely defined motivations and agendas. In a late twist that may save the book for some, they learn one last credibility-stretching secret about the Spares that poses a new kind of danger. Elissa and Caden’s romance barely develops further, mostly staying in the realm of convenient miscommunication. Elissa and Lin’s intense sisterhood is richer, as are the moral questions they wrestle with.

The plot is uneven, but it ends strongly.