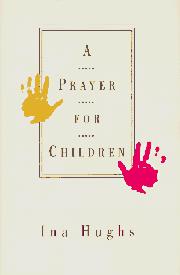 A PRAYER FOR CHILDREN

An inspirational collection of short writings on subjects ranging from an 11-year-old's determination to rid herself of freckles to Helen Keller's perseverance in the presence of silence and blackness. Award-winning Knoxville News-Sentinel columnist Hughs captures the joys and heartbreaks of growing up and raising children. Hughs's style has a simplicity and sincerity that is most likely to appeal to the undemanding reader. Just about every piece in the collection contains a moral of some kind within the homespun drama or humor. In ``Pete,'' the opening selection, a mother comes to appreciate and respect her son's individuality and talents after pressuring him into playing basketball so that he could be just like every other kid in the neighborhood. In ``Betty Ann'' we meet a young lady who suffers a nervous breakdown in response to the taunts and cruelties of her fellow ninth-graders. ``Sticks and stones only break bones. Words can shatter the soul,'' writes Hughs. The daughter of a Methodist preacher, she constantly grapples with the mystery of God's presence in the face of tragedy. She concludes that God's ways are inexplicable and any attempt to explain them is ``an insult to everyone. Especially God.'' Hughs's respect for all children and her conviction that people share a sense of responsibility for one another are recurrent themes. Despite the moralistic underpinnings, these story-``prayers'' generally avoid preachiness or sentimentality. An affecting compilation of short prose pieces that intermittently move and entertain the reader.