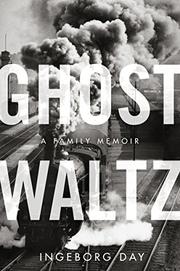 An Austrian-born woman confronts her family’s past.

Growing up in Austria in the 1950s, Day (writing as Elizabeth O’Neill: Nine and a Half Weeks, 1978) was given textbooks with blank labels glued on the cover, hiding swastikas. No one talked about the war. As a high school exchange student in America, though, Day began to watch—and binge on—war movies, learning for the first time what the world thought about her countrymen. Her parents refused to answer her questions; she learned only that both had been members of the Nazi Party but not why they joined or what role her father, a policeman, played. Right after high school, Day married and moved to America, where she became obsessed with history. After World War I, Austria, she learned, was destitute: “The near-starvation of the last war years and the years after the collapse, the continuing scarcity of food, of coal, of living accommodations, of jobs, life savings melting in the inflation and no improvement in sight. One’s helplessness in the face of it all.” Germany recovered more quickly, to the envy of Austrians, and in both nations, vindictiveness grew. In addition, anti-Semitism was endemic. Day recognized it in herself, a feeling so indelible that she could not imagine how it began. “The legacy of the Holocaust has tarnished me beyond all methods of cleansing,” she writes. “I felt: I hate the guts of every Jew alive.” With a job in publishing, Day knew and befriended many Jews, but she could not deny her revulsion at the German word Jude that, to her, meant “contemptible.” Day died in 2011; this memoir, here reissued in paperback, first appeared in 1980.

A raw, troubling inquiry into the deep roots of hatred and the physical and moral starvation that made war inevitable.