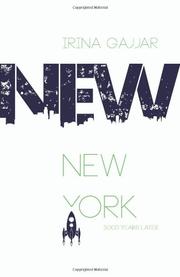 In Gajjar’s (The Gita, 2007, etc.) sci-fi novel, set thousands of years in the future, political turmoil and religious extremism threaten the happiness, and existence, of everyone on Earth.

Liera (nicknamed “Ira”) is the Chief of the Bureau of Education, one of the government departments that upholds the “One Spirit! One World! One Word!” doctrine that unites Mother Earth’s inhabitants. The doctrine took hold thousands of years earlier, after the Descent of the Revealer Varish!, an otherworldly being who sought to bring an end to the “Divisiveness and Faithlessness” that caused trouble and anguish on the planet. Several millennia later, humans have reverted to their old ways and two impassioned groups (Nedlogs and New Agers) clash over the doctrine’s true meaning. Ira has a brief “dalliance” with one of his secretaries but refuses to breed with her; apparently, there’s little room for romance in this world. Bella, his spurned lover, files spurious but serious allegations against him in an attempt to sabotage his life. A pair of wizards help save Ira’s reputation and send him on an intergalactic mission to prove that life exists on other planets and find out how this information impacts the Revealer Varish!’s doctrine. However, despite the extraterrestrial kidnapping, sex and spiritual enlightenment that follows, there isn’t much drama in this sci-fi tale. It may be difficult for readers to believe that things might not work out OK in a story with so many well-meaning characters. Even the Democratic Oligarch Theocracy, a global government with its own futuristic Guantanamo Bay, apologizes when it makes a mistake. However, as in most great science fiction, there’s a strong and valuable message here warning of the perils of extremism, willful ignorance and the “inability to separate our beliefs from the way we govern ourselves.” That’s a message worth reading.

A fine sci-fi debut that offers a glimpse of humankind’s future and a sprawling view of our physical and spiritual universe.