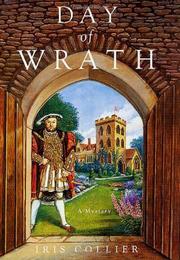 Lord Nicholas Peverell, a member of Henry VIII’s court, has reluctantly been helping the King liquidate the wealthy monasteries of England when he returns from London to his own beloved estate in Sussex to find tragedy: his steward, Matthew Hayward, strangled at the foot of the grain tower. Did thieves murder the popular servant? If so, how did ordinary bandits gain entrance to the locked estate? Nicholas receives unexpected help from a beautiful village girl, Jane Warrener, who’s a friend of Matthew’s fiancée, Bess Knowles, a servant in the neighboring household of Sir Roger Mortimer. Jane claims that Bess and Matthew overheard a conspiracy against the King, and that Matthew was killed because of what they heard. Even as he worries about such a thing, Nicholas must warn his local Priory that the King’s Commissioners are on their way to inventory the monks’ treasures. Although Prior Thomas angrily ignores the warnings, other monks appear to take the danger more seriously. When the arrest of Roger Mortimer confirms Jane’s information, Nicholas watches as his neighbor is tortured to death in the Tower of London. Even worse, the King announces that he will travel to Sussex to stay with Nicholas in his kingdom’s most seditious county. Somehow, Nicholas must prepare his house for the royal visit, forge a partnership with the independent Jane, and root out the King’s enemies.

Lots of action and a believably complex view of Henry VIII’s reign from newcomer Collier make up for the obligatory, anachronistic, and oddly opaque female partner.