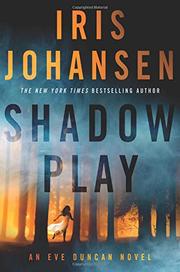 Forensic sculptor Eve Duncan takes on the facial reconstruction of a young, unidentified girl buried for eight years and becomes intensely involved in the case.

Eve is contacted by a California sheriff after the skeleton is discovered in a forest, and she's impressed by his passionate dedication to finding out the truth about the girl's murder. Putting the case at the top of her queue, she's drawn in completely when the ghost of the girl, Jenny, begins to appear to her, and as the two form a strong bond, Eve realizes there's another girl connected to the case—one who's alive but in urgent danger now that the bones have been found. Eve heads to California with her protective lover, Joe, a cop, and the two work with Sheriff Nalchek to gather the strands of the past and gain clues to Jenny’s identity, which lead them into the killer’s orbit and closer to the other girl in his sights. As they rush to find and save her, they are helped by their friend Margaret, an animal medium, while unsavory details of Nalchek’s own family history come to light and are linked to Jenny’s death. Johansen moves deeper into supernatural elements with her latest Eve Duncan title, which add an interesting dimension to the popular series but ultimately confuse rather than tighten the plot. Too many psychic red herrings lead readers down paths that don’t lead anywhere, the ending seems rushed and anticlimactic, and the villain comes across as over-the-top evil and inconsistently capable. Too many times he could have met his goals easily by making what seem like obvious choices, but he draws attention to himself at every turn and misses the easy kill—so Eve and Joe live another day thanks to his blundering rather than their typical competence.

An intriguing idea bogged down by incongruent plot and character details.