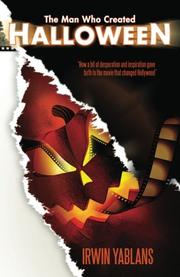 THE MAN WHO CREATED HALLOWEEN

An account of Halloween creator Yablans’ rise from a hardscrabble childhood in Brooklyn to the upper echelons of the studio system in Hollywood where he would help change the way movies are made.

During World War II, Yablans grew up in roach-infested, cramped apartments in Williamsburg, Brooklyn, which was largely inhabited by second-generation Jews escaping the teeming ghettos of the Lower East Side. It was a close-knit community by necessity and Yablans, like so many of his background, was encouraged not to have high expectations. Working in the garment district and then in backbreaking labor at the Navy Yard, he escaped the hellish monotony by joining the army and upon discharge, took up an offer to work in sales at Warner Brothers. Yablans had a learning disability that had confounded his teachers because he was innately bright, so he dropped out of high school. Given a chance at Warner, he committed himself wholeheartedly to work. Moving through the ranks at the studio, he eventually wound up in Los Angeles with his brother, Frank, following. Frank would become president of Paramount Pictures and a golden child for a time, and Irwin would eventually shake up the studio system and forge ahead with independent films, pioneering his own studio. With Halloween, he helped launch the career of John Carpenter and created a horror classic. Yablans shows us the film industry from the business end, where the point is the bottom line and where shark-infested political dealings are routine. He paints a portrait of a cutthroat but exciting world of unimaginable wealth, struggle and movie stars where dreams are the product sold to the world at large. Although there are many poignant moments beneath the nuts-and-bolts insights into the business of movies, Yablans also can be brutally frank, noting a “bulbous nose” or character flaw, and is as much a player as anyone. When the film The Message resulted in 149 people being held as hostages by black Muslim extremists and several deaths, Yablans rode the crest by increasing the film’s circulation in theaters across the country. Essentially, it is an entertaining and captivating story of a spirited man of humble roots who attained even his most unimaginable dreams, including a stint as a competitive cowboy, and helped usher in a new era of films.

The fascinating memoir of a true Hollywood mogul that traces his life from Brooklyn to Warner Brothers.