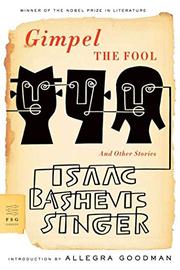 Twelve short stories stem from Jewish life in Poland and, while most have a folk-legend quality, there are a few which have a contemporary setting. Ritualistic practice colors them all. Some have appeared in English in magazines, two have been included in Yiddish anthologies; but this is the first collection of this writer's stories. Devils and imps bewitch and bewilder individuals and communities; a hungry old man is not defeated in making his way to a land where there is food; a rabbi grows strong in his beliefs; the last descendants of a long line of shoemakers do not lose their heritage when they emigrate to America; a grave digger becomes a beggar; a man who has had four wives is branded a wife killer; a simple man withstands the taunts of his neighbors and the betrayals of his wife; a divorced husband becomes the living dead.....Various translators have kept the simplicity and native characteristics of the stories which, in their sly mirroring of human frailties and their compassion for man's attempts to be strong, have a universal note.