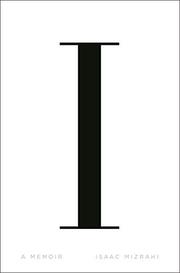 The dynamic life of iconic fashion designer Mizrahi (b. 1961).

Growing up in Brooklyn in a Syrian Jewish Orthodox family, where he stood out “like a chubby gay thumb,” Mizrahi was considered artistic from an early age. Though his father worked in the clothing industry, their relationship was one of mutual indifference. The author was more fascinated with his mother, Sarah, and they bonded over long conversations on style and culture. In his late teens, he came out to her, which strained their relationship, yet the disclosure would become just one of many defining moments in the author’s life. With an amiable, conversational flow, Mizrahi shares anecdotes ranging from childhood public shaming, which heightened his self-awareness, to breakthrough moments when his appreciation of sartorial elegance became a calling that would escort him from Parsons School of Design to stints with Perry Ellis and Calvin Klein. Nights out at Studio 54 and designing for Liza Minnelli led to more hobnobbing with celebrities. Embedded into the memoir’s chronological narrative are pages of opinion and critique on the fashion world and how Mizrahi’s career choice has influenced the rest of his life. He writes frankly about necessity, sacrifice, and the struggle between his personal life and his desire to wholly immerse himself in the fashion industry: “the harder we worked and the more devoted we were to fashion, the further we all seemed to get from our own sex lives—and the more we used fashion as a diversion from deeper, more meaningful things.” He also contributes thoughts on darker times: his father’s death, mourning the devastating number of “fashion glitterati” lost to AIDS, and his battles with chronic insomnia, anxiety, and depression. His unpredictable courtship of his husband, Arnold, reads like a Hollywood love story. The key to the warmth and overall success of the memoir is Mizrahi’s unapologetic, bare-all approach as he shares the best and worst aspects of his life, all of which helped mold him into the fashion powerhouse he has become today.

A charming and witty memoir; required reading for fashion aficionados.