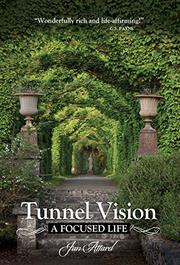 By her own harrowing account, Beauregard hardly sounds like a victim. Raised in an upper-middle-class Connecticut family, she’s privileged, moneyed, well-traveled, and disciplined by ballet, a young woman seemingly on her way to happiness when she wed a man of Italian descent with a strong sense of family, matching her own. Her husband, she writes, turned out to possess a violent temper. As the years passed, he became progressively more domineering, controlling, and physically abusive. She had bruises both physical and emotional to prove it when her divorce case reached the courtroom after her abortive attempt to run away with the children. But in what, in her telling, sounds like a criminal act, the judge awarded physical custody of her three sons and infant daughter to this better-lawyered, courtroom-clever monster; the judge even tacked on child support payments due from her to him. When she didn’t pay on time, she barely escaped jail. Her loss grew even greater when she voluntarily signed over her share of the former family house to her ex-husband in hopes it would at least stop him from taking the children out of the country. Left with nothing, this ravaged and lost mother-in-exile here describes how she gradually recovered herself and her motherhood by using a technique she calls tunnel vision to block out negativity, end the pity party, shelve the violin, and focus laserlike on positive energy flow within an imagined tunnel. The vivid originality of this philosophy, which turns the dictionary definition of tunnel vision on its ear, makes Beauregard’s book succor for all who have gone through the horrors of divorce, particularly with children involved. But her more generalized admonitions tend to be scattershot, thus losing force. Some of her advice—love yourself, don’t look back but do look for silver linings—has been heard many times before. It’s also disappointing that she ends this otherwise authentic, inspiring story of personal grit with the hackneyed phrase “Go for it!” As for the divorce, readers might be eager to hear from the other side to get more context for the terrible affair.

Highly recommended for the divorced and for those contemplating or embarking on divorce.