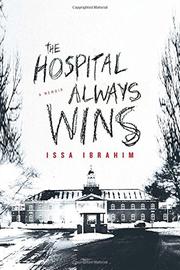 A heady brew of sex, drugs, painting, and music fills this memoir by a man who spent nearly two decades in a mental hospital.

An artist, musician, and writer, Ibrahim descended into paranoid schizophrenia in his early 20s; believing his mother was possessed, he killed her in an attempt to exorcise her. In this memoir, he weaves together two stories. One is the story of his life before his incarceration, including colorful portraits of a loving and enterprising marijuana-addicted mother and a much-absent jazz musician father as well as an account of his alarming hallucinations and his increasing paranoia. The second story is about his survival after incarceration. Briefly jailed in hellish Rikers Island, Ibrahim was ruled not guilty by reason of insanity and spent most of his years at Creedmoor, a huge state mental hospital in Queens Village, New York. He writes scathingly of its violence, homosexual sex, staff unprofessionalism, and administrative ineptitude. His talent for painting eventually got him to Creedmoor’s Living Museum, an art studio and sanctuary for patients, where he flourished. No shrinking violet, the author regales readers with tales of his sexual escapades with female staff, his success as a painter and a musician, the intransigence of his psychiatrists, and the loyalty and diligence of his lawyer. The incarceration chapters show him as a mature man struggling for his freedom; the chapters spliced between show him as a drug-addicted youth spiraling down into madness. The two interwoven narratives reach their climaxes with the older imprisoned Ibrahim achieving his freedom and the youthful Ibrahim killing his mother.

This occasionally overwhelming torrent of words reveals both an irrepressible individual with a talent for survival and a mental health system in dire need of repair.