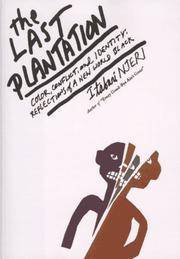 Color, Conflict, and Identity: Reflections of a New World Black

In a digressive but illuminating book that is an ambitious blend of reportage, memoir, and social commentary, Njeri seeks a redemptive reconfiguration of America's racial self-concept. Brooklyn-born and Caribbean-descended, Los Angeles Times reporter Njeri (Every Good-Bye Ain't Gone, 1990) explores ``conflict among people of color in a White-dominated nation'' by examining a 1991 Los Angeles racially charged killing, which was overshadowed in national headlines by Rodney King's videotaped beating and its aftermath. For the shooting death of a 15-year-old African-American named Latasha Harlins, a 49-year-old Korean immigrant merchant and matriarch, Soon Ja Du, was convicted of voluntary manslaughter but received probation instead of a prison sentence. Njeri makes the argument that this case offers a more penetrating look into the complex tensions beneath Los Angeles's violent 1992 eruption than the Rodney King incident. She writes of the principal and supporting players in this kaleidoscopic drama with empathy, anger, and a desperately funny wit. At the end of this process, Njeri values her own heritage as a New World Black: ``Black, by definition in the New World, is essentially multiracial,'' she points out, like the denied character and culture of the US itself. But Njeri refuses to exoticize the content of her identity, nor does she idealize the content of the human character. Still, she feels free to take the paradoxical and heretical stand that ``the path out of the racial prison of our mutual creation lies . . . in a rejection of all racial categories.'' She insists that ``the last plantation remains the mind.'' Njeri's eclectic perspective is unsettling. But regardless of where individual Americans place themselves on the spectrum of race, culture, identity, and politics, following this writer through the discomfort her views may prompt offers a new path to seeing this country clearly and its increasingly diverse citizens as a vibrant, human whole. (Author tour)