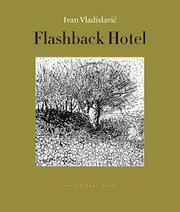 In these 22 stories, South African writer Vladislavic employs tones ranging from surreal absurdity to meditative wit as he delves into themes of isolation, racism, and politics.

This volume collects two separate story collections published earlier in South Africa: Missing Persons (1989) and Propaganda by Monuments (1996). The 11 stories of the first book are suffused with humor, both absurd and surreal. In “Journal of a Wall,” the narrator chronicles the building of a wall over a six-month period, finding himself alternately fascinated, obsessed, or even tormented as he spies on the bricklayer creating this barrier. And as in all “wall” narratives, one of the themes readers are asked to contemplate is what’s being walled out—and what’s being walled in? Kafka would feel at home in a number of the stories here. In “The Box,” for example, the narrator reaches through the screen of a television set and grabs the diminutive figure of a prime minister, who is kept in a cage, fed, and watered in a spare room. The title of “When My Hands Burst into Flames” says it all—this phenomenon is presented as both fantastical and routine, though by the end of the story the narrator begins to relish the destructive power that has been unleashed: “Later I think I will torch the park across the street. Meanwhile, I am content to play with fire.” The stories in Propaganda by Monuments are more realistic but equally witty. One of the best is the title story, which is laugh-out-loud funny. Pavel Grekov, a Russian translator, has gotten a letter from Boniface Khumalo, a South African who has “pedestals galore” and wishes to acquire a statue of Lenin. Known for his “command of a fractious and somewhat eccentric English vocabulary,” Grekov reassures Khumalo that he’s “overwhelmingly cocksure that your request re: SURPLUS STATUE will meet with a big okey-dokey fairly forthwith.”