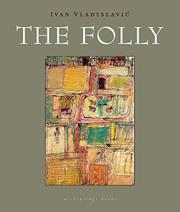 Originally published in 1993, the book follows the architectural adventures of the aptly named Otto Nieuwenhuizen, who is indeed building a new house. One day he simply shows up on a vacant lot next to a house owned by Mr. and Mrs. Malgas. At first, this traditional, even stodgy couple thinks Nieuwenhuizen is either a nightmare or a mirage, but soon they’re peeking out curiously at him as he pitches his tent and begins to plan his house. Malgas, aka Mr., eventually overcomes his distaste and becomes intrigued by Nieuwenhuizen’s manner and larger-than-life personality. (Vladislavic emphasizes the newcomer’s size and that he casts “a gigantic shadow over [the Malgases’] house.”) Malgas is a retailer of hardware, a profession that the house-builder feels might be of use even though he tends to use castoff and improvised tools. While Mrs. Malgas, aka Mrs., never loses her antipathy for Nieuwenhuizen, her husband starts to lend a hand and soon expresses a desire to be of use. And while the house looms large in everyone’s imagination, its importance is more as a dream or vision than as a reality—and it takes Malgas considerable time to buy into this idea. When he does, he’s overwhelmed by the beauty of possibility, while his wife remains mired in the mundane and literal. It’s clear the author wants us to focus on the ideal rather than the real, and his stylistic playfulness pulls us into his vision, much as Malgas is pulled into Nieuwenhuizen’s.

Playful fiction with a corresponding (and paradoxical) seriousness of intent.