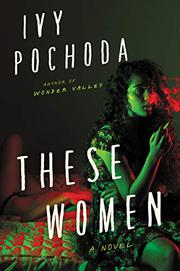 Six women struggle in the shadow of a serial killer who was never apprehended.

“Thirteen girls dead. Fifteen years gone. By Dorian’s count, and her count is right, three other serial murderers have been hauled in, tried, and locked up in Los Angeles in that time. But not a single arrest for the murder of girls along Western.” Dorian is a white woman who owns a fry shop on the edge of a neighborhood known mainly for prostitution and drugs. Her half-black daughter was the 13th and last of the girls found in the street, discarded, with their throats cut. Unlike the others, her daughter was a babysitter, not a prostitute, but no one seems to care about that distinction. No one seems to care about these murders at all except one babbling woman who may have been the sole survivor of the attacks, and no one is listening to her. Then, 15 years later, more girls turn up dead. Pochoda (Wonder Valley, 2017, etc.) again tells a story of Angelenos on the margins. These women’s stories intersect at the murders, and their connections are unraveled by a tiny, bike-riding cop named Essie Perry. It is Perry to whom Dorian comes to complain about the poisoned hummingbirds being left at her fry shop and her home. “What are the chances that a woman who shows up at the station with a box full of dead birds had a daughter killed in nearly identical fashion to three victims found off Western?” wonders Essie. This seamy thriller is loaded with feminist intentions, ideas about photography (including an homage to Larry Sultan), a quick dip into women’s boxing, and more. Unsurprisingly for Pochoda, the strongest character is the LA neighborhood itself.

Gritty, sometimes cheesy, very on-the-nose with its message—but satisfying as a murder mystery.