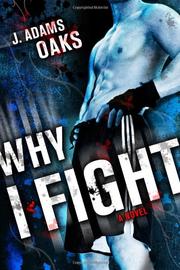 Wyatt Reaves, 12 years old at the beginning of this troubling story, relates his teen years, spent manipulated by an adult who lacks a moral compass. From the novel’s beginning and for the next six years, he is the unlikely companion of his Uncle Spade, a grifter, womanizer and salesman with an eye for a quick buck. Wyatt, slow on the uptake, has trouble remembering what day it is but always knows the month and year. He grows into a huge physical presence, but is emotionally just a kid. What he can do is fight ferociously if insulted, comparing himself to the Incredible Hulk. Spade and Wyatt hit the road, collecting cash bets while promoting Wyatt as a bare-knuckle boxer. Wyatt tells readers he’s “only killed 3 times in my life.” Dialogue without quotation marks gives this story a movie-script feel and pulls readers into Wyatt’s confusion. Disturbing scenes of cleaning fish, killing tadpoles and violent brawls pitted against adults mark this work suitable for male reluctant readers who lean toward bloody violence. (Fiction. YA)