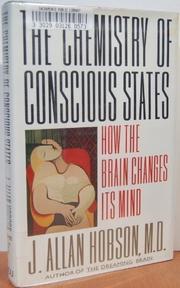 THE CHEMISTRY OF CONSCIOUS STATES

How the Brain Changes Its Mind

A prominent neurophysiologist explains his theories about the brain's chemistry and how it affects our conscious (and unconscious) activities. Hobson (Psychiatry/Harvard) espouses a kind of yin-yang view of the brain in which waking states are dominated by ``amines'' (neurotransmitters like norepinephrine that are associated with attention and arousal) and sleeping and vegetative states by acetylcholine. In this hydrodynamic theory amines are depleted as the day wears on and the cholinergic levels rise, precipitating sleep and dreaming—a time when acetylcholine is at its peak. During sleep the system is building up its supply of amines, eventually waking us up. Not altogether a surprising theory, considering that Hobson's first book, The Dreaming Brain and Sleep (not reviewed), reflected similarly his lifelong research into sleep, collection of dream journals, and experiments with lucid (i.e., self-conscious) dreaming. While the notion that we are ruled by our neurochemistry will hardly shock enlightened readers, the tendency in approaches like Hobson's is to overinterpret: Thus the schizophrenic's hallucinations, the fits of expletive-slinging common in Tourette's patients, and the suggestibility of hypnotizable people are all given as examples of involuntary loss of control occurring in waking states (whereas dream sleep creates controls that prevent violent acting out). Curiously, with all the explanatory weight Hobson puts on the importance of sleep and dreaming, he is the first to admit that no one can explain the necessity of dreams; he even suggests that newer drugs that promote production of amines may obviate the need for dreaming. There is obviously more to brain-mind states, more to the bag of neurochemicals and byways of neural circuitry, than Hobson can account for. All the same, his case studies, autobiographical anecdotes, and guidance on how to deal with sleep problems without drugs will intrigue many readers and possibly provide relief to others.