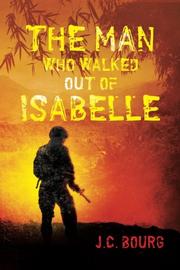 The Man Who Walked Out Of Isabelle

Bourg’s debut novel takes an epic look at French defeat in Vietnam and the entwined lives of the locals, soldiers and foreign nationals trying to survive in unstable times.

Max Kohl, a German and a career soldier who grew up indoctrinated in the Hitler Youth, now finds himself in the French Foreign Legion. In 1954, he walks out of Isabelle, a remote area of the Dien Bien Phu province. Loc, a Tai who has sided with the French, leads Max out of the mountainous battlefield after the French are defeated by the Vietminh. The two become infamous and inseparable, navigating post-colonialism in Saigon and Laos. Max decides to no longer blindly follow the causes of those who employ him; instead, he leads his life by repaying the loyalty of others and protecting those he cares about. Max and Loc cross paths with Petru Rossi, a Corsican gangster focused on keeping his interests in the opium trade. Also in the opium and information business is CIA agent Tom Roche, who works with Max to help a mountain tribe escape to Laos. In turn, Max helps the Americans solidify their place in Vietnam through covert missions and violent encounters. In another third-person perspective, the book also follows Mei, who becomes a concubine for the French troops after being sold into prostitution by her father. Loc briefly crosses paths with Mei in Dien Bien Phu but isn’t reunited with her until after she is released from a communist labor camp. Bourg provides a detailed account of the battle that marks the fall of France in Vietnam as well as Max and Loc’s journey out of Isabelle. Many situations and characters are introduced, which Bourg capably manages, and character development is strong, particularly for a novel this heavily rooted in action. Most compellingly, Max changes from a hardened hired soldier to a loyal member of his makeshift family with Loc and Mei.

A well-told story about finding new beginnings in the aftermath of defeat.