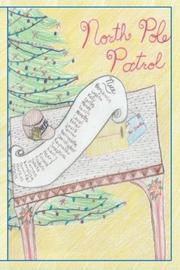 In this children’s book, an elementary schooler is accidentally delivered to the North Pole along with letters to Santa.

Kyle Sterling, an upper-grade elementary schooler, is an average kid with a problem: Dirk Donovan. When Dirk ruins Kyle’s carefully made snowflakes for the school’s winter play, Kyle retaliates, but the plan backfires disastrously. Kyle is grounded but refuses to apologize to Dirk, even when his parents threaten that they’ll “write Santa and ask him not to give you any Christmas gifts this year.” Even worse, Dirk says he’ll ask Santa for the gifts Kyle doesn’t get. Kyle conceives a plan to steal Dirk’s Santa letter, but instead, Kyle himself gets transported to the North Pole. Santa proposes that Kyle spend two weeks working at the pole and tells him, “If you still want me to take Dirk’s Christmas presents away, I will.” Kyle’s parents are notified, and elves show Kyle the ropes, explaining how children’s choices, good and bad, affect those around them. He learns that a friend, Paul, has had to make many sacrifices because his father is gravely ill. Returning home, Kyle conceives a fundraising plan to help Paul that involves his friends, family, and the whole town. By the novel’s end, Kyle makes a generous decision. Not unexpectedly, it’s a Christmas miracle. In her briskly written debut novel, Deelstra taps into the worries, fears, and joys of grade school, ably capturing the atmosphere of best friends, bullies, teachers, and school plays. The fantasy of going to the North Pole, participating in Christmas preparations, and returning to heroically rescue a friend also has obvious appeal. However, it could be said this is more a fantasy for adults—that their children will become so giving and grateful they don’t even want presents. Also, grafting Christmas wonder/joy/magic onto the real-world problem of unaffordable health care raises issues too thorny for a children’s book.

A bighearted, well-wrought holiday tale that may appeal primarily to adults.

Julie at the North Pole
by Cheryl A. Price
Children